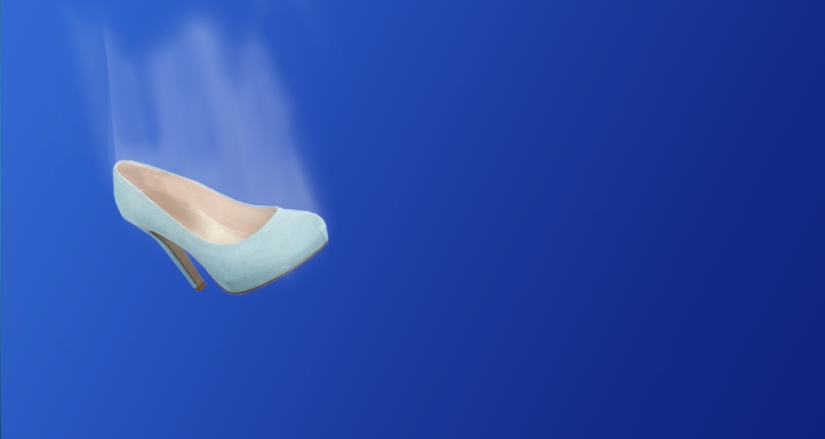 On any given day, quite a bit. Or it seems like it. This was not the post I meant to write; that one bit the dust in a sudden power outage when Autosave apparently went missing in action. After I ran out of curse words, I realized that ‘losing my words’ was also a perfect example of the other shoe falling when we least expect it.

Remember when Gilda Radner said “If it ain’t one thing, it’s another’?  Yep, that pretty sums up how a lot of us get through life. No matter how good the day or week, the shadow of the other shoe falling can ruin the best of times. Now maybe a decent blog post wouldn’t be considered an epic good time but still no reason for the blog genie to decide my time was up.

In life, sometimes we just have to start again. No matter where we’ve been, how we’ve been, what we do or don’t bring to a new day, with each sunrise we get another chance. Thank goodness. That is not to say we always get it right or that other circumstances don’t interfere. Remember that other shoe? It makes a lot of surprising, unforeseen entrances like a swift kick to the head. Few examples of that tops planning to marry your happily ever after – and finding cancer will join you lovebirds at the altar (spoiler alert: we still got married ‑ until death did we part, so there’s that.)

If you expect the worst, you’ll never be disappointed. Sarah Dessen

Of course there are plenty of less tragic examples that prove the other shoe point. All kinds of things happen in this life and it’s more than easy to walk around the coast is never really clear. The pessimist in us thinks at any moment, some piece of karma foot gear in the sky will drop you flat when you least expect it.

And you would be right.

That’s life after all, so what do we do? Walk with an industrial strength umbrella over our heads? Wrap ourselves – and everyone we love — in bubble wrap? (believe me, I’ve thought about it.) The truth is, if it’s in the plan, that spiteful shoe will fall anyway so the only thing we can do is fill in the spaces between with awesome. We can allow ourselves to be happy or at least give it a good shot.

The truth is, waiting constantly for the other shoe to drop is not the best life strategy. What if, instead of walking with one eye looking for that piano to fall out of the window, we just keep our eyes straight ahead. When it seems everyone around you has the stomach flu and we just KNOW we’re next, maybe just take the elderberry and zinc and think ‘not today’. Pink slips might be flying through the company, but it doesn’t mean one will land on our desk. No matter where the path goes, all we can do is look up and hang on for the ride — so do that. Shoes will still do what they do.

Expect the best. Prepare for the worse. Capitalize on what comes. Zig Ziglar

The film in our head always has a surprise ending; sometimes happy, sometimes a shocker. And sometimes that falling shoe takes on the biggest bogeyman proportions when things are going really well. Come on, you know what I mean. Just when you’re cruising along, thinking things are all good, wham! That ol’ brick wall stops you short. Our bad experiences have a nasty habit of weaving their own narrative of what’s ahead. Old tapes can play from our childhood, especially when we never perceived safety in the next minute or day.  Scenarios where we couldn’t always trust, became the other shoe narrative for our life. While there may not always be a happy ending,  I’m thinking it still might be a better idea to relax, let the credits roll and just finish the popcorn.

The truth is good and bad come into every life, in not so equal portions. Some people get more than their share of crapola in life, maybe even you. But we also all have the opportunity to experience the best of life, too, and that gift gives us perspective. The ability to ‘look at both sides now’ as Joni Mitchell once said, is the true gift.

We can always think about what could go wrong.  But, what if we thought about everything that could go RIGHT?

This is one of those times, among many, when I’m hardly an expert. I’m guilty as charged of envisioning a whole boatload of shoes falling from the sky — on a pretty regular basis. And, in my defense, sometimes I was absolutely right. Sometimes, though, I was wrong, too. Even though I didn’t get the happily ever after, a princely guy did give me the glass slipper – at least for awhile.

When we get on the happiness anxiety treadmill, we waste useless brain matter on the what if’s.  So, start small. Fake it until you make it. Embrace the good times and let that damn other shoe shift for itself. Remember the friends and family who’ll be with you either way the shoe does fall. Laugh like there’s no tomorrow. Love hard.